The Polish trumpeter Tomasz Stanko’s records of the last six years, with their elegiac moods and clean, controlled lyricism, have become a primary reference point for current European jazz. So it was curious to see him taking a step back into a woollier past on Monday in a performance at the Museum of Modern Art, part of the museum’s Jazz Score series on jazz and film.

The tenor saxophonist Billy Harper sat in with Mr. Stanko’s regular working quartet — a first-time collaboration that worked out gracefully — and the music became more jagged, more grooving and in many ways more American. But, in fact, it was all Polish.

The group was performing exclusively music by the Polish film composer Krzysztof Komeda, who died in 1969, and with whom Mr. Stanko used to play. Mr. Komeda is still best known for the soundtracks he wrote for Roman Polanski films, including “Rosemary’s Baby” and “Knife in the Water,” but as a pianist and bandleader he was also the leading Polish jazz musician in the 1960s. Mr. Komeda was an excellent composer. Like the works of Wayne Shorter and Billy Strayhorn, his jazz ballads were full of romantic unease, but they often didn’t suggest a complete, scripted emotion. Their melodies are expressed in long notes and lines that sometimes seem to be missing a few important pieces or a resolution; they’re mysterious and fragmentary, leaving you to guess the rest.

As a jazz bandleader, Mr. Komeda remains barely known in the United States. (Too bad: his quintet record “Astigmatic,” from 1966, with Mr. Stanko in the group, is one of the great jazz records of its time.) Mr. Stanko has been his old friend’s champion, paying tribute on a 1997 record for ECM, “Litania.” About half of Monday’s concert came from that album, including “Sleep Safe and Warm,” a lullaby from “Rosemary’s Baby.”

There was no mistaking the chemistry between Mr. Stanko and his rhythm section. He has a buzzy trumpet sound, abraded around the edges, meted out in long notes that almost flap in the wind; his style feels spotlighted by the precision of his quartet, with the pianist Marcin Wasilewski, the bassist Slawomir Kurkiewicz and the drummer Michal Miskiewicz. Sometimes, on slow ballads, Mr. Stanko was out front, with the band creating a frame for his sound, but in the hotter, denser music he interacted with the band members’ phrasing.

Mr. Harper harmonized on melodies with Mr. Stanko and played a few of his own far-reaching solos. He’s a post-Coltrane saxophonist, with discipline and catharsis, and when the group ran through free-bop or modal music, he brought an authentic voice to it, playing with the dark, squiggly urgency that some of the Komeda songs, like “Kattorna,” require. Whether or not Mr. Harper knew this music before, he was of it. 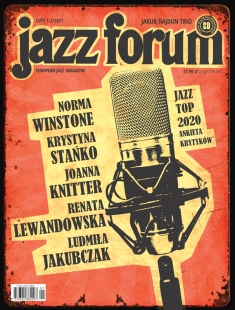 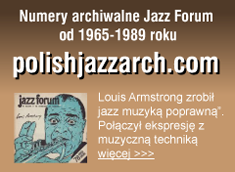